OLED screens still suffer from some reprobation due to the burn-in effect. These displays are pricey, and users find them unreliable due to their lack of longevity in optimal conditions.

Or at least that is what users know from past OLED screens.

The truth is that OLED is a brilliant technology that allows manufacturers to make ultra-slim screens with high-quality and crisp color images. But people don’t trust it the way it might deserve, thanks to this malfunction.

What Is the Cause of the Burn-In? The burn-in happens when a static image remains on a screen for long periods with brightness at peak levels, printing it permanently in the display like a ghost. Like that watermark logo that persistently sticks on your TV screen no matter the channel you are. That’s an example of this issue.

Screens that remain on, like in train stations and tech stores, commonly suffer from burn-in. Long periods of a static image display for hundreds of hours continuously, or even days, is the ideal scenario for this issue to manifest.

This failure might not be an issue for home or office use. Manufacturers have been addressing it with new technology and best practices.

Does Burn-In Only Affect OLED Screens? The burn-in effect is not only an OLED issue. Plasma displays died because of this inconvenience, or at least that was one of the big reasons.

All kind of displays, no matter if it is LCD or LED, can suffer from burn-in. But OLED is a premium technology, so people hesitate to invest in something they think won’t last long.

The big downside that plays against OLED displays is that they are more expensive than the other technologies that have proven reliability from a burn-in perspective.

And the best upside that plays along with OLED displays is that manufacturers have been refining them for more than a decade.

What Do the Manufacturers Say About It? Newer OLEDs come with technologies that prevent burn-in, with the approach to solving or avoiding this depending mainly on the manufacturer.

LG OLEDs can self-heal from burn-in. These screens detect when an image remains static for more than two minutes, activating a screen saver that prevents it from burn-in. Finally, they have the OLED panel settings with three options to solve it before it’s too late.

SAMSUNG uses the pixel refresh function on their OLED screens. By clicking some buttons, you can eliminate this undesirable mark.

SONY uses automatic functions to protect your screen from this issue. You can also access these functions manually via your TV controller or built-in buttons.

PANASONIC OLED Pixel Orbiter technology recognizes when a still image is present for a predetermined period and moves it by a pixel to avoid burn-in. They also offer panel functions to evade this by resetting all the pixels.

The manufacturers have thought about this carefully, knowing users want warranties on such expensive products. Now you can rest assured that image retention is a very slight possibility. However, some scenarios accelerate burn-in.

Gaming could be the most dangerous for OLED displays, using menus, status, and scores that stick thru the game experience. Also, you surely want to play it with high contrast enhancing the visuals. These two scenarios combined increase the burn-in effect rate.

But keep in mind that for burn-in to happen, you would need to use your device solely for gaming a unique game for hours without any rest.

How to Fix Burn-In on an OLED Display?

This issue is a long-term problem. Manufacturers have designed new displays to avoid this and not to fix it. Then the most effective way to solve it is to prevent it, as there is no real fix.

The best you can do to avoid burn-in is to address image retention as soon as it appears with the recommendations by the manufacturers.

Some basic recommendations are to use your OLED devices with different content now and then and implement their manual functions to refresh the pixels.

You must try hard to burn in an OLED display nowadays. There are a lot of solutions now, and each manufacturer has its approach. The idea is to prevent and not fix it, as there is no fix.

Manufacturers use top-notch technology that automatically prevents this issue and specifies how to avoid it manually.

Most burn-in will disappear after minutes, as it is image retention. To have this undesired effect permanently, you must abuse that screen like in airports where static images display for hundreds of hours straight.

Again, vary the content displayed on an OLED screen, and burn-in will be the last of your worries.

These devices are delicate pieces, and you should take care of them by using them as the manufacturer tells you to prevent burn-in.

Why Are OLED Screens a Good Purchase?

OLED devices are not perfect. They don’t have incredible brightness for sunlight environments, and burn-in is still a concern for some users.

But for most of them, this is not a problem. Users want a completely immersive experience with accurate high-contrasting colors from any angle without losing image quality. They also want to game with an impressive 0.2 ms response rate that is not achievable in another kind of display.

OLED devices are not the cheapest but are more accessible now.

From the burn-in perspective, you can now rest assured that it won’t happen, using the OLED device according to each manufacturer. 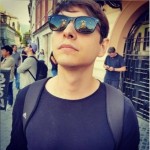